An “energy Island” on an island. That is the University of Cyprus, which sets a standard in sustainable building and the generation of sustainable energy.

Cyprus, at first glance, does not excel in planning. There is a lot of fun being built without a zoning plan or seems to be involved. An early exception is the campus of the University of Cyprus in the capital Nicosia (200,000 inhabitants).

The area, which is located 6 kilometres south of the city centre, was developed with a vision about 25 years ago. Quite unusual for Cyprus, but possibly even for outside it, says Costas Charalambous. He works in the technical service of the University. “The master plan was way ahead of its time,” says 48-year-old mechanical engineer. “We had already integrated green technologies that were available at the time into the plan. And that at a time when sustainability, energy efficiency and climate change were not real themes.”

The master plan, which was developed in collaboration with the London architectural firm ADP, is based on a central, park-like space, around which all other activities are organized into zones. Due to the continuous growth of the university (now seven thousand students), the development of the campus is an ongoing process. 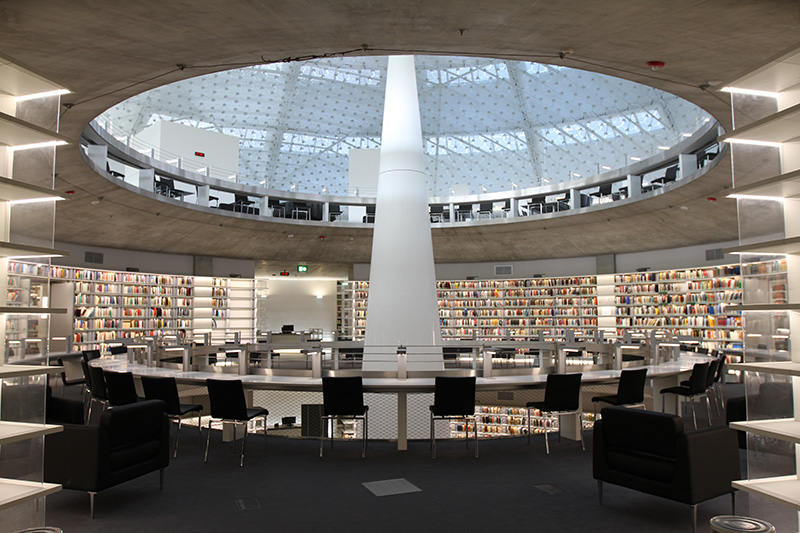 In terms of sustainability, the campus received a central heating and cooling system. “In Northern Europe, that may not be earth-shattering, but for Cypriot terms it was very special,” says Charalambous. The Energy Center is remote and supplies the various buildings underground. Such a system is more efficient due to its scale and also contributes to aesthetics. None of the university buildings are equipped with chimneys and fuel storage.

A second Energy Center will soon be built to meet the increased energy demand. Electricity is mainly generated by fossil fuels. This is common in Cyprus. (Fuel) oil supplies about ninety percent of the country’s energy needs.

The campus has had a small solar park since the beginning. In addition, solar panels are installed on a large part of the roofs. The total solar energy produced is 440 kilowatts. That’s not much – it corresponds to about twenty-first part of the total energy requirement of the University.